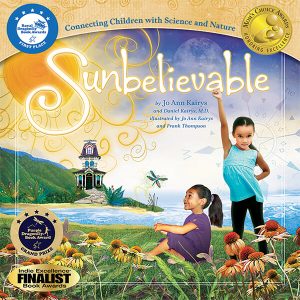 This hilarious tale — for children ages 4-8 — is about a magical Sun imagined by two curious children at bedtime. But it’s not all make-believe. NASA’s Chief Technologist contributed facts about the real Sun.

Kids say and do the darndest things, right? And so often, they provide tender or hilarious or wonder-filled inspiration for picture books.One day I heard my granddaughters complaining about the rain as  they thumped on the window. Eager to get outdoors, they waited  impatiently for the storm to end. Suddenly, they pretended they were the  rain. “SWOOSH! SPLAT! SWISH!” Their sounds were innocently poetic, perfect ingredients for a rhyming picture book. Putting it all together in story form is when the magic happens — a sound in just the right place, a vibrant image that brings the story alive, and characters who draw you right into their world. 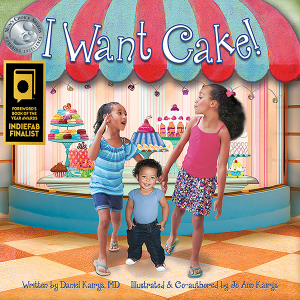 I Want Cake! — for children ages 4-8 —begins with six-year-old Leen telling her older sister, YaYa, she wants cake for breakfast. Though at first YaYa resists the idea, together they quickly rope in their little brother Jaden for a playful multicultural adventure.

They try to get help from their Haitian mother and grandmother, their Cuban neighbor and their American Jewish father and grandfather. Each adult disagrees with the cake request and urges them instead to eat one of their own, culturally-preferred breakfast delicacies. Undeterred, the cake-for-breakfast team perseveres, even as the adults secretly delight in their escapade.

I Want Cake! has received the prestigious 2016 Mom’s Choice Silver Award® and the 2015 Foreword Reviews IndieFab Book of the Year Finalist Award.

Jo Ann brings years of writing experience to her work as co-author of I Want Cake! and Sunbelievable. With a master’s degree in public health, she has taught health professionals around the world, including extensive work in Russia and Central and Eastern Europe. Inspired by the rich textures and colors of landscapes abroad, and the culturally diverse backgrounds of  her grandchildren, she began writing and illustrating stories to help them learn to read.

With no formal training as an artist, Jo Ann discovered fun and exciting ways to blend real photographs with digital art. She works closely with her son Daniel, a gifted storyteller and avid read-aloud Dad. In 2011, she founded Story Quest Publishing, LLC to bring her books into the marketplace. 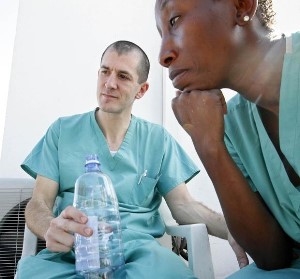 Daniel Kairys, M.D., a Dartmouth College and Dartmouth Medical School graduate, works as the general surgeon for a small community hospital in South Central Florida. Daniel is a tremendous humanitarian with a natural love of teaching children. From a young age, he was an avid reader of both nonfiction and fiction and has always loved writing stories and poetry.

“I grew up reading and I’ve always had my head in a book,” he says.

He listens to his own multicultural, multilingual children making up stories, and on long commutes to work through Florida’s sugar cane fields, he “writes” the storylines for children’s books in his head. These formed the foundation for Sunbelievable and I Want Cake!

Dan developed a deep affection for Haiti’s remote villages where he spent summers as a medical student. His tremendous humanitarian spirit has led him back to Haiti several times as a surgeon and he was one of the first emergency responders after the 2010 earthquake. 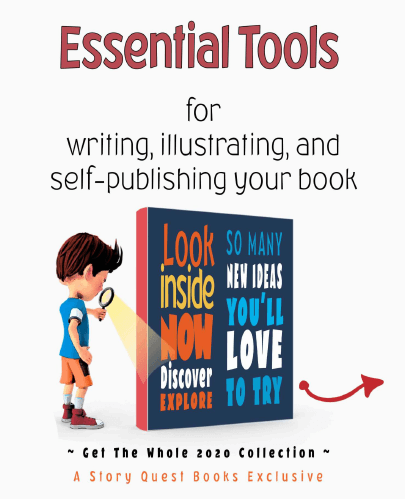 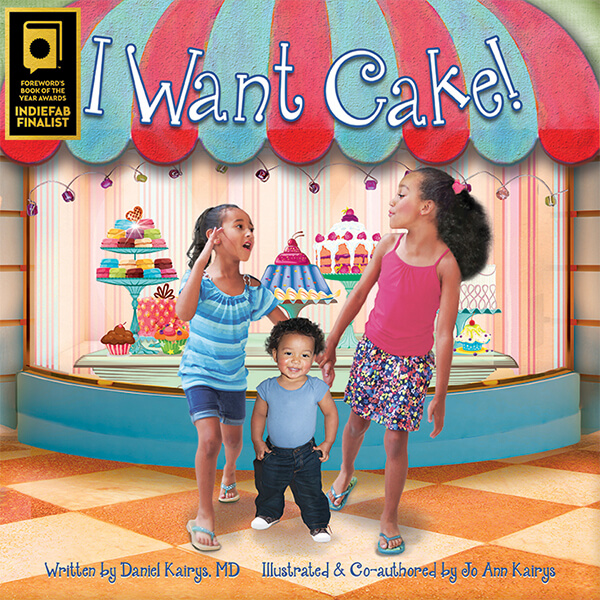 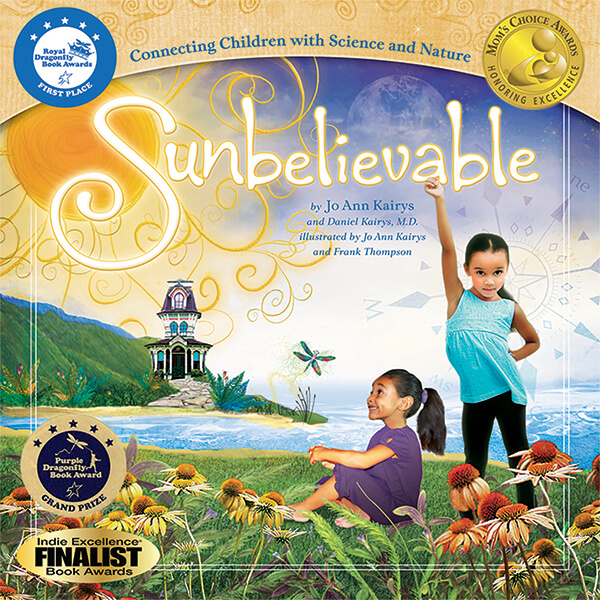